Among the various sectors, in which the companies that have chosen to rely on EG Lavorazioni Meccaniche srl are involved, stands out that of corrugated pipes, which are suitable for many application areas, such as construction, telecommunication and domestic.
The mechanical work, which often implies high difficulty coefficients, concerns aluminum or steel castings, in order to form the molds for the subsequent realization of the pipes.

As an example we mention corrugated plastic molds for the pipe extrusion and injectors for the forming pipe component.

Injectors for the forming pipe component 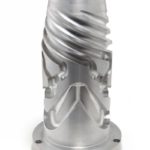 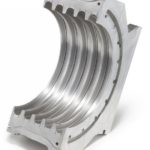